A Fair to Remember

For the Girls with Guts, food is more than a meal. It is woven into most of our relationships and experiences. This year, the N.C. State Fair was a great example of how food plays a large role in our lives.

The state fair has been a tradition for GWG for two years. Even before we were blogging, we were attending the fair together and trying all the fun fair foods. This year, the state fair dictated when one of us would be married and the annual fair visits were planned as pre-wedding and post-wedding festivities.

To kick off the wedding weekend, the GWG, along with 22+ others, traveled to the fair on Thursday, October 21. The group was made up of friends and family, first-time fair-goers and seasoned veterans. It even included some who flew in from California and were picked up from the airport en route. 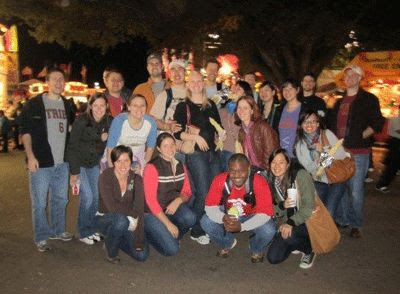 Friday and Saturday of course included the rehearsal, rehearsal dinner (at P.F. Chang’s), and the wedding (with the reception at The Weathervane at A Southern Season) but then Sunday, it was back to the fair for the bride and groom; this time in a wedding dress and tux, with a photographer. The fair has also been a tradition throughout the bride and groom’s courtship, so it seemed natural to use such a fun event to “Celebrate What’s Great”--the start of a new life together. Oh and just so you don’t freak out…the dress was only $100! 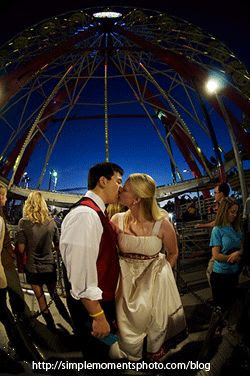 Some of the best pictures include one in front of the Cary United Methodist Church eating the amazing ham biscuits, sharing a bite of hot fried cheese and letting the cheese string from one person to the other, eating a fried candy bar from each end, playing in the fun houses, sitting on the carousel horses, and riding on the Ferris wheel. There were lots of funny looks from other fair-goers, but it was totally worth it.

One of the best things about food is that it can make memories. This year, the NC State Fair provided great memories during a great weekend for a lot of great people.
Posted by Girls with Guts at 4:55 PM

Labels: Raleigh
Email ThisBlogThis!Share to TwitterShare to FacebookShare to Pinterest 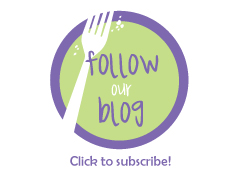